Embracing the Gift of Prophecy 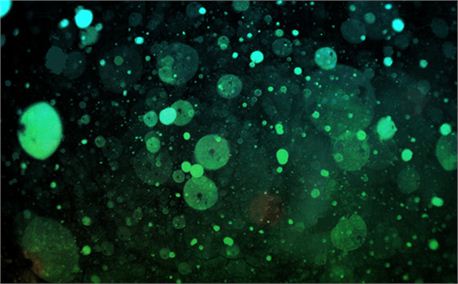 God is in the process of restoring His church, and part of this restoration includes the genuine gift of prophecy being recognized and received by the body of Christ. Prophecy is listed in 1 Corinthians 12 as one of the nine manifestation gifts of the Holy Spirit.

Over the past several years, I have been encouraged and strengthened by prophetic words. When God speaks to us through another person, it has a powerful effect.

Once I was in a small meeting listening to a man I had never met before teach about the voice of God. As he was teaching I began to think about what a father’s heart he had and how I longed to be mentored by someone like him. I had been praying for this type of a mentoring relationship for awhile. At the end of the meeting I asked if he would pray for me. As he was praying he paused and then suddenly began to prophesy to me that God would begin to bring mentors and fathers into my life that would shape the course of my ministry. This word was such a “direct hit” that I began to weep uncontrollably. I have since begun to see that word come to pass.

The Need for Prophecy

Prophecy is needed today not for the purpose of gaining new revelation to add to the Bible, but for the strengthening of God’s people. It is one of the ways that God reveals His heart and mind to individuals, churches, cities, and nations. The Bible is the Word of God and the final authority for all matters of Christian doctrine and practice; it applies to all believers at all times. Prophecy is a gift of the Holy Spirit that can speak specifically into situations in people’s lives, as well as giving direction to the church.

It is clear from the Bible that God is a God who speaks. One of the ways that we see Him speaking throughout the pages of Scripture is prophecy—God using a person to communicate a message to another person or group of people. Even though the important role of prophets and prophecy is intertwined throughout the Scriptures, many believers and churches have neglected the subject altogether. Wanting to avoid controversy and possible deception, much of the church has not welcomed this important gift.

On the other hand, in the segment of the church that has embraced the prophetic gift, there has sometimes been misuse, misunderstanding, and questionable practices done in the name of prophecy. Some ministers have used “prophecy” to manipulate their hearers, and others give prophetic words without any consequences or accountability when the words do not come to pass.

Given the extremes that exist on both sides, what are we to do with this gift? The Apostle Paul gives us a good admonition in 1 Thessalonians 5:20-21: “Do not despise prophecies. Test all things; hold fast what is good.” We are not to throw out prophecy altogether, and neither are we to blindly accept everything that is labeled prophecy without weighing it. On more than one occasion, Jesus warned His disciples to be aware of false prophets, but He also taught that there is a blessing associated with receiving true prophets: “He who receives a prophet in the name of a prophet shall receive a prophet’s reward” (Matthew 10:41).

Questions: What is your experience with receiving and giving prophetic words? Do you see the gift of prophecy active in your church?