Why I Emphasize Deliverance from Demons

Sermon: Empowering our Kids in the Kingdom 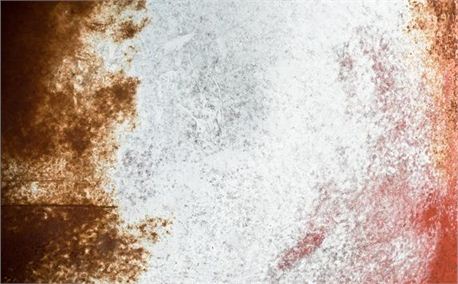 I recently announced that I am working on a new book that I plan to release later this year. Keys for Deliverance will focus on helping people receive freedom from the influence of evil spirits and be equipped to minister deliverance to others. I hope to remove confusion, and make the ministry of deliverance both understandable and practical.

Deliverance has been a consistent aspect of my ministry for over a decade (click here for an introduction to what deliverance ministry is). Some Christians wonder why I emphasize deliverance from demons. Some may think that it is a little extreme or “out there” to believe that certain issues are caused by evil spirits or that deliverance should be a regular part of the church’s life and mission.

Before I explain why I emphasize casting out demons, let me first say that deliverance is not my only focus, nor is it my primary focus. I am focused first and foremost on my relationship with God; knowing Jesus, growing in Him, and obeying Him. Loving God and loving others is paramount. I teach and minister on a wide variety of subjects (as you can tell by skimming through my blog or listening to my sermons). Yet, deliverance is a key and common facet of my ministry.

Why do I emphasize deliverance from demons? Simply put, I learned it from Jesus!

You don’t have to dig very deep into the New Testament to discover that casting out demons was a normal practice for both Jesus and His followers. Deliverance from evil spirits is not an optional side issue. It was central to the ministry of Jesus and as common to Him as preaching (see Mark 1:39). When Jesus chose and trained His disciples, He made deliverance a “core class” not an elective.

Then He appointed twelve, that they might be with Him and that He might send them out to preach, and to have power to heal sicknesses and to cast out demons. (Mark 3:14-15)

And He called the twelve to Himself, and began to send them out two by two, and gave them power over unclean spirits. (Mark 6:7)

When Jesus commissioned the church with the gospel after He was raised from the dead, He made it clear that deliverance would continue to be a central aspect of the mission: “And these signs will follow those who believe: In My name they will cast out demons” (Mark 16:17). The first sign that Jesus said would follow believers is casting out demons, and yet it is the last thing you will see in many churches. Something is not adding up!

You often have to search far and wide to find Christians, churches, or ministries that operate effectively in the ministry of deliverance. Even many churches that believe in the reality of evil spirits and how they can influence people, often do not openly teach about or minister in this area. Why is this the case?

My purpose here is not to be critical or judgmental of the church, but to simply point out the giant gap between what the New Testament describes and our current condition. I believe that if more Christians had a solid understanding of what deliverance is, saw it modeled in a healthy way, and had practical equipping on how to minister it, we could see the ministry of deliverance thriving in the church and multitudes of people set free.

Why should it be considered weird or extreme to emphasize deliverance from demons? Are we not disciples of Jesus? Did He not make deliverance a major part of His ministry? Did He not pass it on to His disciples and the early church? Did He not commission us to cast out demons?

Based on the example of Jesus, it should be considered weird for the church to not cast out demons! If we would take our cues from Jesus and the early church instead of the culture and our church tradition, we would see that it is completely normal and biblical to emphasize deliverance from demons.