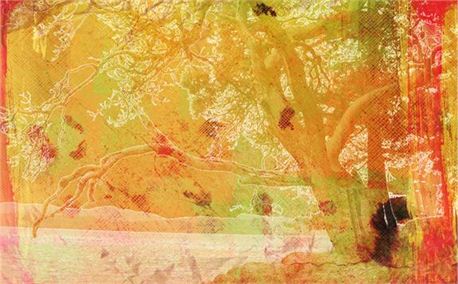 This week I have been focusing on the gift of prophecy, which is one of the nine manifestation gifts of the Holy Spirit listed in 1 Corinthians 12. If you have not yet, I encourage you to read my article on embracing the gift of prophecy and Emily Tomko’s guest post on the three purposes of prophecy.

There are a lot of questions and some confusion surrounding prophecy. How do you know if a prophetic word is from God? What do you do when you get a prophetic word? What about the timing of words coming to pass? These are great questions to consider, and I will not answer all of them in this article; but hopefully it will give some insight into the prophetic gift.

When receiving (or giving) prophetic words, there are three things to consider. Some of the confusion surrounding prophecy is due to not considering all three of these elements. I will use the example of Joseph interpreting Pharaoh’s dreams as an example.

The first thing to consider is revelation. This is the actual word that is given. Prophetic revelation can come in a variety of ways, but usually takes one of two forms: spoken words inspired by the Holy Spirit, and things seen in dreams and visions. Revelation refers to the substance of the word itself.

In the example of Pharaoh, revelation came in the two dreams that he had:

Then Pharaoh said to Joseph: “Behold, in my dream I stood on the bank of the river. Suddenly seven cows came up out of the river, fine looking and fat; and they fed in the meadow. Then behold, seven other cows came up after them, poor and very ugly and gaunt, such ugliness as I have never seen in all the land of Egypt. And the gaunt and ugly cows ate up the first seven, the fat cows. When they had eaten them up, no one would have known that they had eaten them, for they were just as ugly as at the beginning. So I awoke. Also I saw in my dream, and suddenly seven heads came up on one stalk, full and good. Then behold, seven heads, withered, thin, and blighted by the east wind, sprang up after them. And the thin heads devoured the seven good heads. So I told this to the magicians, but there was no one who could explain it to me.
-Genesis 41:17-24

The next thing to consider is interpretation. This is a key step that is sometimes overlooked. Just like we must interpret the written revelation contained in the Scriptures, prophetic words must be interpreted.

Joseph interpreted Pharaoh’s dream as such:

Then Joseph said to Pharaoh, “The dreams of Pharaoh are one; God has shown Pharaoh what He is about to do: The seven good cows are seven years, and the seven good heads are seven years; the dreams are one. And the seven thin and ugly cows which came up after them are seven years, and the seven empty heads blighted by the east wind are seven years of famine. This is the thing which I have spoken to Pharaoh. God has shown Pharaoh what He is about to do. Indeed seven years of great plenty will come throughout all the land of Egypt; but after them seven years of famine will arise, and all the plenty will be forgotten in the land of Egypt; and the famine will deplete the land. So the plenty will not be known in the land because of the famine following, for it will be very severe. And the dream was repeated to Pharaoh twice because the thing is established by God, and God will shortly bring it to pass.
-Genesis 41:25-32

Third, we must consider the application. This answers the question of what to do with the prophetic word and how to apply it. Here is Joseph’s application of the word:

“Now therefore, let Pharaoh select a discerning and wise man, and set him over the land of Egypt. Let Pharaoh do this, and let him appoint officers over the land, to collect one-fifth of the produce of the land of Egypt in the seven plentiful years. And let them gather all the food of those good years that are coming, and store up grain under the authority of Pharaoh, and let them keep food in the cities. Then that food shall be as a reserve for the land for the seven years of famine which shall be in the land of Egypt, that the land may not perish during the famine.”
-Genesis 41:33-36

Whenever you receive a prophetic word, dream, or vision remember to think and pray through these three aspects. First consider the revelation itself, and discern if it is from the Lord. But then pray for wisdom on how to interpret and apply the word, and what timing issues might be involved.

Questions: How have you seen these three aspects of prophecy play out in your experience? Have you ever got a genuine prophetic word, but messed up the interpretation and/or application of it?