The Difference Between Law and Grace

The Truth about Sin

Sermon: The Power of Grace 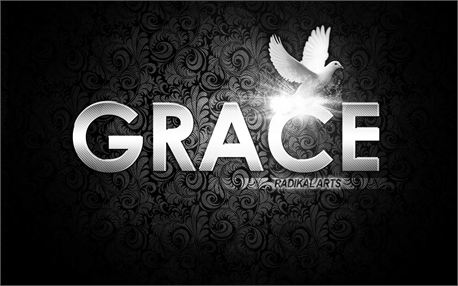 There is a well-known story from the book of John that is a great illustration of the difference between law and grace.

While Jesus was teaching in the temple, some Pharisees brought in a woman who was caught in adultery. They asked Jesus this question: “Now Moses, in the law, commanded us that such should be stoned. But what do You say?” (John 8:5). They were testing Jesus to see what He would say.

At first Jesus ignored the question, then He answered: “He who is without sin among you, let him throw a stone at her first” (John 8:7). One by one the accusers left the scene. Though the woman was guilty of sin, so were they.

This story illustrates the purpose of the law and the power of grace.

1. Grace restores us to right relationship with God

Without realizing it, the Pharisees were demonstrating the exact purpose of the law: “Therefore the law was our tutor to bring us to Christ, that we might be justified by faith” (Galatians 3:24). They brought her to Jesus that she might be saved by Him.

We were not created to relate to God on the basis of law, but the fall of man changed that. When Adam and Eve ate from the Tree of the Knowledge of Good and Evil, sin entered the world and mankind became subject to the law.

Grace brings us back into a right relationship with God. This is based solely on faith in the work that Jesus accomplished for us on the cross. We no longer relate to God on the basis of performance. We are counted righteous with the righteousness of Christ.

The law condemns; it points out sin and demands a punishment. The Pharisees were right in there assessment: according to God’s law the woman was guilty of a sin deserving death. But the law is not the full expression of who God is, and Jesus came to reveal the true heart of the Father to restore and forgive.

Jesus said, “Neither do I condemn you.” Grace removes condemnation. Because of the finished work of Jesus, those who believe in Him are free from guilt and shame. Our sins are totally forgiven and all condemnation is gone.

3. Grace delivers from the power of sin

The law is great at pointing out sin, but it has no power in it to free us of sin’s power. Though the woman in the story knew that adultery was wrong, this knowledge could not keep her from committing it. But one encounter with the grace of God changed everything. Jesus said, “Go and sin no more.”  The law condemns while grace empowers.

Grace does not give us a license to sin or make excuses for it. It is not only about removal of guilt; grace also empowers us to be free from the grip of sin. Romans 6:14 puts it this way: “For sin shall not have dominion over you, for you are not under law but under grace.”

It is a distortion of grace that teaches that we can keep living a life of sin because we are “covered by grace.” The true grace of God teaches us to walk in holiness (see Titus 2:11). It changes us on the inside and empowers us to live in victory over sin.

Questions: Have you experienced the life-changing grace of God? Have you ever fallen into the error of relating to God on the basis of the law? How about the error of making grace a license to sin?