Should We Just Ignore The Devil? 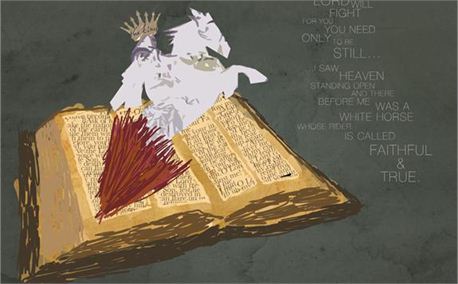 There seems to be an increasing number of believers who are taking an approach to the devil that is totally foreign to the New Testament. The thought process goes something like this: Since Jesus defeated Satan through His death and resurrection, we can pretty much ignore him now. While the premise is true, the conclusion is very false.

This mindset of ignoring the devil sounds nice, but it has one major problem: the New Testament paints a drastically different picture. While showing that the devil has been defeated by the work of Christ, it also portrays an ongoing conflict with him and the kingdom of darkness. This seems to be a contradiction, but it is the clear teaching of the New Testament. To deny it would be ignorance, arrogance, or presumption.

Let’s see what the New Testament has to say about this. While not exhaustive, the following is pretty thorough, to demonstrate what the early church understood about this ongoing battle with the devil.

Jesus had plenty of conflict with the devil and his demons throughout His earthly ministry. He faced off with Satan in a series of temptations, cast out demons on a regular basis, and taught us to pray, “deliver us from the evil one” (Matthew 6:13).

“But that was before the cross,” you might be thinking. And didn’t Jesus say that “the ruler of this world will be cast out” (John 12:31)? Yes! But whatever Jesus meant by this, He certainly could not have meant that there would be no more conflict with the devil. Otherwise, His words after the cross would make no sense.

When Jesus commissioned the disciples to preach the gospel to the world, He said this: “And these signs will follow those who believe: In My name they will cast out demons…” (Mark 16:17). Notice that He didn’t say, “Hey guys, you know that I cast out demons in my ministry and taught you to do the same, but I have some good news for you: now that I am raised from the dead, you will never have to do that again! Satan has been cast out once and for all, and you can just ignore him now!” On the contrary, He said they would cast out demons as a regular part of the gospel.

When the resurrected Christ appeared to Saul (later called Paul) He told him that He would send him to the Gentiles “to open their eyes, in order to turn them from darkness to light, and from the power of Satan to God, that they may receive forgiveness of sins…” (Acts 26:18). Apparently, Jesus knew that the devil was still very active in enslaving humanity, even after the cross.

The resurrected Christ said this to the church in Smyrna: “the devil is about to throw some of you into prison, that you may be tested” (Revelation 2:10). And to the church in Pergamos, Jesus said, “I know your works, and where you dwell, where Satan’s throne is” (Revelation 2:13). Can you imagine these churches protesting to Jesus? “Jesus, you must be mistaken…the devil can’t throw us in jail, he is defeated! Satan doesn’t have a throne, he has already been dealt with!”

Jesus clearly portrayed an ongoing battle with the devil, even after the cross.

What about Paul? Surely the great apostle knew that since the devil is already defeated we no longer have to worry about him. Quite the contrary! Let’s look at some examples:

“And the God of peace will crush Satan under your feet shortly.” (Romans 16:20) You mean, he hadn’t already been crushed?

“…and I do not want you to have fellowship with demons. You cannot drink the cup of the Lord and the cup of demons; you cannot partake of the Lord’s table and of the table of demons” (1 Corinthians 10:20-21). Why warn them about partaking with demons, if the devil and his demons are irrelevant?

“But even if our gospel is veiled, it is veiled to those who are perishing, whose minds the god of this age has blinded…” (2 Corinthians 4:3-4). This lines up perfectly with what Jesus told Paul in Acts 26:18 (quoted above). The devil is blinding the lost to the light of the gospel.

And who can forget Paul’s call to arms in Ephesians 6? “Put on the whole armor of God, that you may be able to stand against the wiles of the devil. For we do not wrestle against flesh and blood, but against principalities, against powers, against the rulers of the darkness of this age, against spiritual hosts of wickedness in the heavenly places” (Ephesians 6:11-12). You mean that we are in a battle, and need spiritual armor? And that we have to actively stand against the devil? And that there are spiritual forces of darkness that we are fighting with? Apparently so! (Paul also admonished the church at Ephesus to not give any place to the devil. See Ephesians 4:27).

Speaking of wayward widows, Paul told Timothy that “some have already turned aside after Satan” (1 Timothy 5:15). He later told Timothy to humbly correct some who had strayed, in hopes that they would be brought to repentance, return to the truth, and “that they may come to their senses and escape the snare of the devil, having been taken captive by him to do his will” (2 Timothy 2:26). Can believers really turn aside after Satan, and be taken captive to do his will? According to Paul, yes, they can!

Paul also warned of a coming “lawless one” who would operate “according to the working of Satan, with all power, signs, and lying wonders” (2 Thessalonians 2:9), causing many to be deceived.

Clearly, the apostle Paul did not live and teach as if the devil no longer needs to be dealt with or that we can simply just ignore him.

What about other New Testament writers? Did they take the position that we can pretty much disregard the devil, since he is already defeated? No. Not surprisingly, their writings are consistent with the rest of the New Testament.

James tells us to, “Resist the devil and he will flee from you” (James 4:7). Notice he did not say “ignore the devil” but “resist the devil.” The word resist means to take an active stand against; to set yourself against, to make him your enemy.

Peter gives a similar admonition: “Be sober, be vigilant; because your adversary the devil walks about like a roaring lion, seeking whom he may devour. Resist him, steadfast in the faith, knowing that the same sufferings are experienced by your brotherhood in the world” (1 Peter 5:8-9). Notice the type of language Peter uses, how we are told to be sober, aware, and vigilant in our resistance of Satan. Notice also that Peter said that this spiritual conflict was happening to all believers throughout the world.

The apostle John tells us to “test the spirits” and warns about the “spirit of the Antichrist” (see 1 John 4:1-3). He follows this up by adding a great encouragement, lest we take on any unnecessary fear: “You are of God, little children, and have overcome them, because He who is in you is greater than he who is in the world” (1 John 4:4). He later states that the “the whole world lies under the sway of the wicked one” (1 John 5:19). Quite a statement!

There are various other passages we could look at, but hopefully by now you can see the trend in the New Testament.

This tells us that we fight not for victory but from victory. But it does not tell us that there is no longer a need to fight. While the devil is a defeated foe, he is still a foe. And while the verdict has been handed down to him, the final judgment against him has not yet been executed. Until that time, there will be spiritual conflict.

I have written before about two unhealthy views of spiritual warfare: ignorance and fear. Both are dangerous. So, what should our approach be?

When it comes to conflict with the enemy, we must be aware but not afraid. We must be familiar but not fascinated. We must walk in full confidence in our authority in Christ, while not taking on a presumptuous arrogance. We must have a full revelation that the devil has been defeated, and then engage him from that position of victory. We fight, not so much to defeat Satan, but to enforce what Jesus has already accomplished.

It would be very foolish to give too much attention to the devil, and to focus all of our energies on him. He is not worthy of that, and that is not what I am trying to achieve by this article. What I am saying is that it would be equally foolish to ignore the devil, pretending that he does not exist and acting as though there is no need to engage in spiritual warfare.

We should focus our attention on the Lord, growing in relationship with Him and advancing His kingdom. This is our primary focus and goal. But we should also be equipped and prepared for the ongoing spiritual warfare that we are most certainly in.

The devil is defeated, and yet there is ongoing conflict with him and the powers of darkness. This is the clear teaching of the New Testament. Remember, it’s “resist the devil” not “ignore the devil”!