Why Answers to Prayer are Delayed 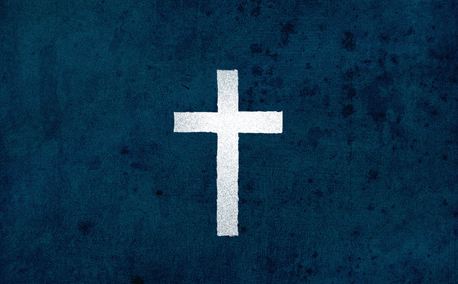 Jesus came to earth and launched His ministry of preaching the gospel of the kingdom of God, healing the sick, and setting captives free. His message and His ministry were intimately connected. “The kingdom of heaven is at hand” He declared, calling people to repentance. He demonstrated the reality of God’s kingdom by casting out demons and healing all kinds of sickness and disease.

While we have often reduced the gospel to include only forgiveness of sins, Jesus demonstrated a gospel that entailed much more. It included total deliverance from the kingdom of darkness, freedom from the grip of sin, healing of disease, and restoring what was lost in the fall of mankind.

One of the evidences of this truth is the word that is commonly translated as “salvation” in the New Testament. The same Greek word–sozo–is used interchangeably for salvation, healing, and deliverance.

In Matthew 1:21, the angel Gabriel speaks this prophetic word to Mary about the Son she is to carry into the world: “And she will bring forth a Son, and you shall call His name Jesus, for He will save [sozo] His people from their sins.”

Here is an example of sozo being used for physical healing: “Then Jesus said to him, ‘Go your way; your faith has made you well [sozo].’ And immediately he received his sight and followed Jesus on the road” (Mark 10:52).

In Luke 8:36 sozo is used to describe a man who was delivered from demons: “They also who had seen it told them by what means he who had been demon-possessed was healed [sozo].”

There are many other examples of the word sozo in the New Testament. (Click here for a complete list). But the point is that the cross has provided for a total salvation. God never intended salvation without deliverance. And He never wanted the benefit of physical healing to be removed from the salvation experience.

But for so long we have preached a message of forgiveness only. We have total faith that if a person comes to Jesus, repents of their sins, and receives Him as Lord, that his sins are forgiven. But do we have the same level of faith to believe that the same person would be healed of a sickness or delivered from demons? As a whole we certainly do not, but we must get there.

It is time to recapture sozo! On the same cross Jesus bore our sins and our sicknesses (see Isaiah 53:4-5 and Matthew 8:16-17). He paid the penalty for sozo–salvation, healing, and deliverance. Let’s embrace the gospel that Jesus preached, the gospel of the kingdom. Let’s contend for the full expression of this gospel to be released in the earth!