Introduction to “Can a Christian Have a Demon?”

Tested by the Word of the Lord

Why I wrote “Can a Christian Have a Demon?” – And who will Benefit from It Below is the introduction to my newly released book Can a Christian Have a Demon?

Over the last several years, I have been involved in what is called “deliverance ministry.” Deliverance refers to freeing people from the influence of evil spirits; casting out demons in order to set others free from torment, oppression, and bondage. This type of ministry is not something that I grew up seeing in church. It was not talked about, nor did I ever witness a demon being cast out. The Lord led me into deliverance ministry through a series of events and I have been involved in it ever since. It is certainly not the only focus of my ministry, but it has become a consistent and valuable part.

In the gospel accounts, Jesus frequently dealt with evil spirits. For Jesus, deliverance was normal. I often quote Mark 1:39 and point out that it was as common for Jesus to cast out a demon as it was for Him to preach a sermon: “And He was preaching in their synagogues throughout all Galilee, and casting out demons.” Think about that for a moment. Now compare the number of sermons you have heard to the number of times you have witnessed evil spirits being expelled. Considering how common it was for Jesus, it is embarrassingly rare to find a church in the West that practices the ministry of deliverance. I believe that much of the reason for this is simply our ignorance and misunderstanding of this ministry.

But God is restoring things to His church. He is opening up our eyes to truths that have been in His Word all along. One of the areas that God is reestablishing is the ministry of deliverance. More and more believers are opening up to the reality of the spiritual realm and our need to cast out demons to set captives free. Many are finding out that their assumptions regarding deliverance are not true after all.

The subject of demons and deliverance is a controversial one, and one that is surrounded with many questions and fears. Some believers have been exposed to bizarre and harmful things done in the name of deliverance. Hollywood’s portrayal of demon-possession conjures fear and misunderstanding. These circumstances add to the need for clear, scriptural teaching and practice in this area.

Every time I teach on deliverance or dialogue about the topic, there are many questions that arise. But without a doubt, the most common question I encounter is “How can a Christian have a demon?” Many believers have a forgone assumption that a true Christian cannot have an evil spirit; that even if deliverance is real, it is not for Christians. I understand this position well; I used to maintain it myself. My presumptions about this, however, were not based on biblical grounds; they were based on what seemed logical to me. After all, how can an evil spirit dwell in the same place as the Holy Spirit? How can light and darkness live together? The very thought of it seems repulsive and altogether impossible. But does the Bible actually teach that a Christian cannot have a demon?

Though this is a controversial subject, my goal in writing this book is not to be controversial, but to teach. Whether or not a Christian can have a demon is a very significant question with far-reaching implications. I hope to show scriptural evidence that the answer to this question is not as cut-and-dried as the church has often believed. I ask you to read with an open mind, prayerfully considering what is written. 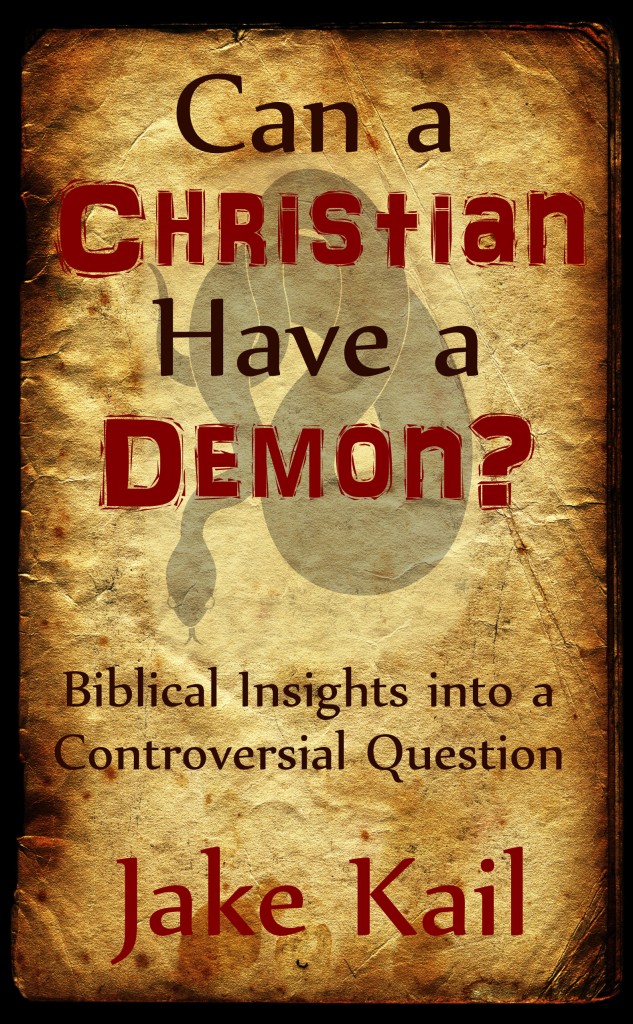