Which Tree are you Eating From? 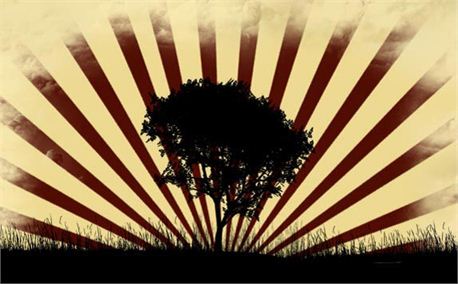 Genesis 3 describes the fall of man. This tragic event is the cause of the sin, chaos, sickness, and turmoil that this world has seen for the last several thousand years.

God had created Adam and Eve, placed them in the Garden of Eden, and given them responsibility over the earth. There was only one command for them to keep: they must not eat from the Tree of the Knowledge of Good and Evil. They could eat from any other tree—including the Tree of Life—but this one tree was forbidden.

Have you ever considered the significance of the name of this tree? The command from God to abstain from it was not just to test them; He was also protecting them from the poisonous effects of eating from it. But Adam and Eve listened to the serpent and ate of its fruit.

Two Branches from the Same Tree

The knowledge of good is the foundation for works-based religious systems, man-centered philosophies, New Age self-improvement, and other humanistic ideologies. On the surface, these things may seem good and moral. But they are rooted in independence from God. They exalt self as god and reject the gospel of Jesus and His finished work as the only way to God. In fact, our need for salvation is actually denied.

The other branch of the tree—the knowledge of evil—is filled with sinful works such as murder, lust, perversion, the occult, lies, and other acts of disobedience toward God. These sinful behaviors are also rooted in independence from God and the worship of self.

Man was created to live in fellowship with God and dependence upon Him. When they ate from the Tree of the Knowledge of Good and Evil, they declared independence from God. The results have been tragic, to say the least. But it is important to note that the knowledge of good is just as devastating as the knowledge of evil.

Jesus: the Tree of Life

Jesus has made the way for us to be reconciled to God. He is the true Tree of Life that restores us to the place of fellowship with God. By His shed blood we can be forgiven of our sins and inherit eternal life.

But first, we must repent. Repent of everything that is rooted in independence from God. Repent of sin, but also repent of self-righteousness and exalting self as god. Repent of trying to work our way to God, thinking that the knowledge of good can save us.

Through Jesus, we can disconnect from the Tree of the Knowledge of Good and Evil and live our lives by His grace, as sons and daughters of the living God.

Questions: Have you ever considered the significance of the name of the Tree of the Knowledge of Good and Evil? What else might this name represent?