The Relationship between Healing and Deliverance

The Danger of Reacting to Error 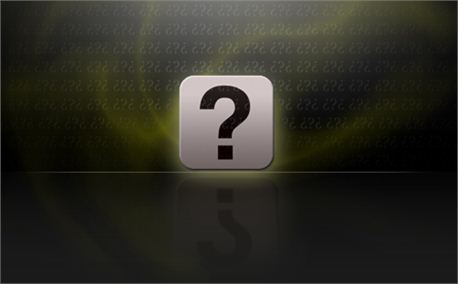 In a previous article called 4 Myths about Deliverance Ministry I mentioned that one of the most common misunderstandings about deliverance is the belief that a Christian cannot have a demon. This belief is commonly held throughout much of the church, and it is one of the biggest reasons some Christians oppose the ministry of deliverance.

There is no doubt that many Christians are struggling with a wide range of issues: tormenting fears, bondage to sin, deep depression, and mental disorders to name a few. But to consider the possibility that a believer may need to be delivered from an evil spirit is too much for some to come to grips with. Since Christians are the temple of the Holy Spirit, it is assumed that an evil spirit cannot dwell in a believer.

A Demon in God’s Temple?

As I teach on deliverance, this is the most common question that arises: how can the Holy Spirit and a demonic spirit dwell in the same body? How can a demon inhabit God’s temple? This is the primary argument for those who believe that a Christian cannot have a demon, and at a glance it appears to be perfectly sound reasoning. But, does it really line up with Scripture? Let’s apply this same logic to the temple in the Old Testament.

Israel’s history is plagued with idolatry, and at times idols were even brought into the temple of God. For instance, of King Manasseh it says, “He even set a carved image, the idol which he had made, in the house of God” (2 Chronicles 33:7). This is important to our discussion because there is a direct correlation between idols and demons. Consider Psalm 106:36-38 (emphasis added):

They served their idols,
Which became a snare to them.
They even sacrificed their sons
And their daughters to demons,
And shed innocent blood,
The blood of their sons and daughters,
Whom they sacrificed to the idols of Canaan;
And the land was polluted with blood.

Even though God’s manifest presence was in the Holy of Holies, it was possible to bring demons into the temple of God. When King Manasseh brought his idols into God’s house, he was allowing demons entrance. Not only did he bring idols into the temple, he also built altars there in order to sacrifice to these false gods (see 2 Chronicles 33:4). As we have just seen, sacrificing to an idol is the equivalent of sacrificing to a demon. There is therefore a biblical precedent for demons entering the house of God, and if it could happen in the Old Testament temple why could it not happen in the New Testament temple, the body of a believer?

To say that being the temple of the Holy Spirit automatically takes away the possibility of having a demon is an argument that is based more on human logic than biblical fact. Using this same logic you would also have to conclude that it is impossible for a believer to sin or ever have an evil thought, for how can sin and evil thoughts dwell in God’s temple? How can believers—who are partakers of the divine nature (see 2 Peter 1:4)—have carnal thoughts and commit sinful acts? Yet, the same people who argue that a Christian cannot have a demon would never argue that it is impossible for a Christian to sin.

It is clear that there is no agreement between the temple of God and idols (see 2 Corinthians 6:16) and yet idols were brought into the temple. In the same way, evil spirits do not belong in God’s house, but that does not mean that it is impossible for them to be there.

Other things to Consider

Let’s also consider Paul’s warning to the Corinthian church in 2 Corinthians 11:4 (emphasis added): “For if he who comes preaches another Jesus whom we have not preached, or if you receive a different spirit which you have not received, or a different gospel which you have not accepted—you may well put up with it!” Paul warned the Corinthian believers that if they received a different gospel or a different Jesus, they could also receive a “different spirit” than the Holy Spirit. Why would Paul make this statement if it is impossible for a Christian to have a demon?

Paul also warned that believers could “give place to the devil” (Ephesians 4:27).  If a place is given to the devil, you can guarantee that he is going to take it, whether or not you are a believer. If doors are opened in your life, evil spirits can gain entrance. Though in many cases, these doors are opened prior to a person coming to Christ, it can also happen to a person who is already a believer.

If demons cannot be in Christians, then why cast out demons at all? Why not just bring people to Christ and the demons will automatically leave? This was not the approach of Phillip the evangelist, who went to Samaria preaching Christ, healing the sick, and casting out demons (see Acts 8:5-7).

There is no Scripture that states that a Christian cannot have a demon. On the contrary, the Bible seems to very much indicate that it is a possibility. I am absolutely convinced from both Scripture and experience that Christians can in fact have demons, and that many more are in need of deliverance than we might suspect. My belief is that a demon cannot inhabit the spirit of a born again believer, but that it is possible for one to occupy a place in the flesh or the soul (mind, will, and emotions).

The answer to whether or not a Christian can have a demon has tremendous implications. If we deny the possibility, then we will automatically assume that any problem a Christian has is not demonic in nature. Certainly not all problems a Christian faces are demonic. But how much are we missing by making a false assumption that a Christian cannot have a demon?

For more information on this topic, check out my book Can a Christian Have a Demon?

For a biblical overview of deliverance ministry, check out my book Keys for Deliverance.